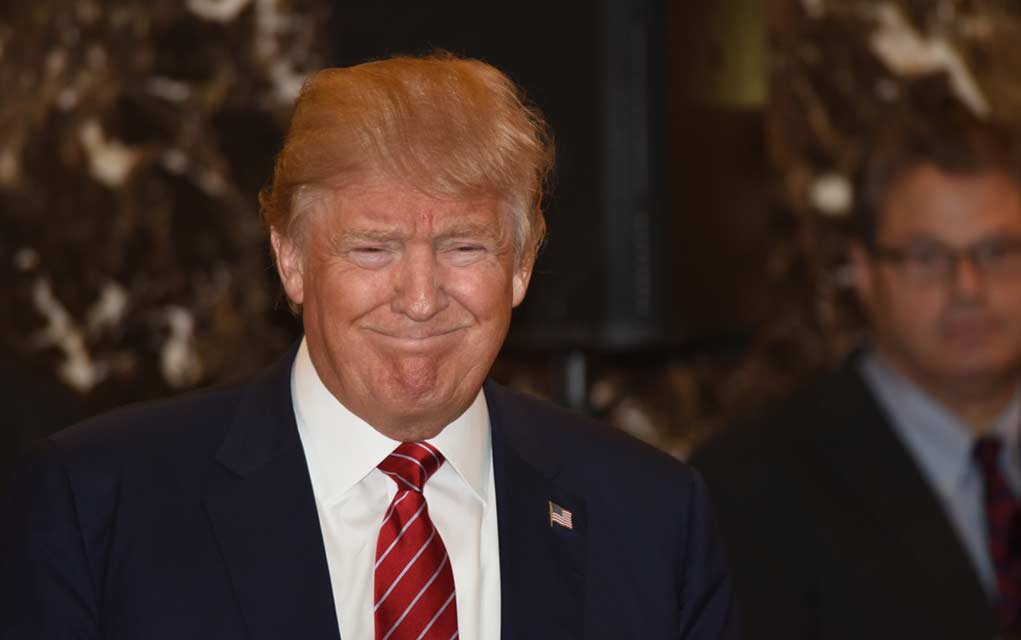 The White House has just released a statement confirming President Trump has officially signed an order preventing online censorship by social media companies. The order was given to the Federal Communications Commission (FCC) to change its rules so that companies cannot alter users’ free speech and escape civil liability. It’s a huge win for free speech in America.

The men who would rule the world, that is to say, the CEOs of Facebook, Google, and the other big tech firms were put on notice. Their tactics have not gone unseen and they will not be tolerated. They got hit with the rabbit quick one-two punch almost worthy of boxing great Floyd Mayweather.

President Donald Trump went on the offensive and signed an executive order aimed at their campaign of squelching Conservative and pro-Trump messages. It orders Federal Communications Commission (FCC) through the Department of Commerce (DOC) to “clarify that Section 230 [of the 1996 Communications Decency Act] does not permit social media companies that alter or editorialize user speech to escape civil liability.”

In other words, when they put advisory labels on posts to their sites — or outright delete them – they’re acting in the capacity of news organizations and not simply as forums where users can voice their opinions.

The second blow came in the form of hearings before the Judiciary Committee in the United States House of Representatives. They discussed the Robber Baron tactics they employ when it comes to keeping their small number in firm control of the flow of information and commerce done over the web.

Within the confines of that committee hearing, Ranking Member Jim Jordan (R-OH) took the opportunity to publicly air some of their misdeeds. It’s hardly a secret that these companies are bastions of Communist/Socialist thinking and that they use their platforms in an attempt to indoctrinate the American Proletariat into their philosophy.

Big tech’s out to get conservatives. It’s time they face the consequences. pic.twitter.com/jfPRPL1rZ1

Dennis Prager runs an eponymous and online educational service frequently dubbed PragerU. He produces videos using info-graphs and animations accompanying lectures about the many errors of the political Left. YouTube slapped many of his works with a label that would roughly equate to a TV-MA rating apparently because of his Conservative bent, considering they don’t apply equivalent ratings on leftist videos covering the same topics.

Twitter temporarily locked Donald Trump Jr’s account for re-tweeting a video of REAL medical doctors speaking about potential benefits of hydroxychloroquine (HCQ) in the battle against coronavirus pandemic. These megacorporations have taken it upon themselves to decree which group of scientists are the ones that MUST BE believed about the use of this medication.

Back in July 2018, the NBC News website even ran an opinion piece admitting the anti-Conservative bias is true. They noted how mainstream media (MSM) used an innocuous statement by then-presidential candidate Mitt Romney (R-UT) about looking for qualified women to serve in his administration and twisted it to portray him as an extreme misogynist.

Other bans include Roger Stone, Alex Jones and Milo Yiannopoulos.

There’s one major problem Americans face when trying to determine for themselves whether the accusations are true. One of the major suspects, Google, controls approximately 86% of all Internet searches, meaning that in essence, people are forced to ask the alleged wrongdoer if they’re doing any wrong.

In reality, it’s blatantly obvious there’s a concerted effort afoot by the Liberals in this country. They want to undo what they see as the egregious miscarriage of justice that occurred in 2016 when Hillary Clinton failed in her attempt to succeed Barack Obama as the architect of America’s downfall.

With just a handful of people able to manipulate the flow of information that people hear and see every day, it’s more important than ever to dig to find the truth and not the heavily spun narrative they want to spoon-feed the citizenry.

How do you feel the media moguls treat Conservatives? Email us and let us know what you think!